Buy all four concerts in the series for £60 !
Exclusively from the Box Office by phone or in person

Closure of Wigmore Hall ~31 July 2020
Sadly, due to Wigmore Hall’s closure until 31 July 2020, our concerts on 23 May with Yu Kosuge and on 27 June with Nobuyuki Tsujii will no longer be going ahead. As Wigmore Hall plans to reopen to the public this September we very much hope you will join us for our concerts on 28 November with Sayaka Shoji and Víkingur Ólafsson and on 19 December with Mao Fujita.
Thank you for your understanding and for your continued interest in supporting Japanese artists!
(2020/4/4 UP) 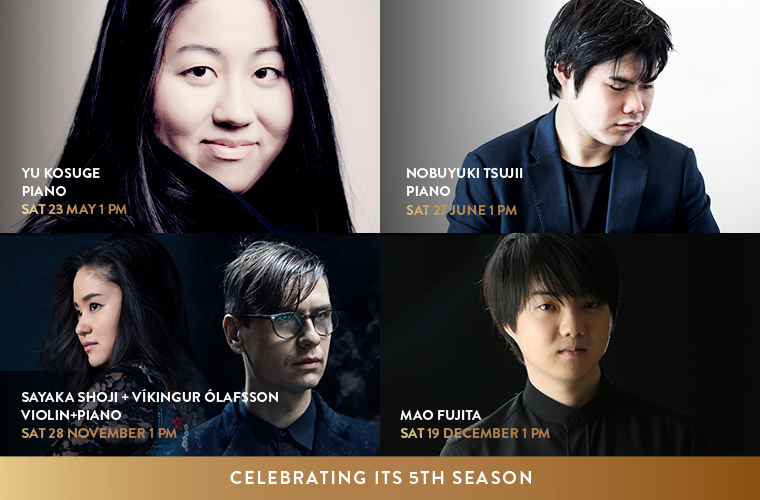 The Washington Post wrote of her Chopin, ‘Fleeting moments of crystalline textures and pastoral hues gave way to the bold, tempestuous waves that Kosuge created so naturally at the keyboard.’ 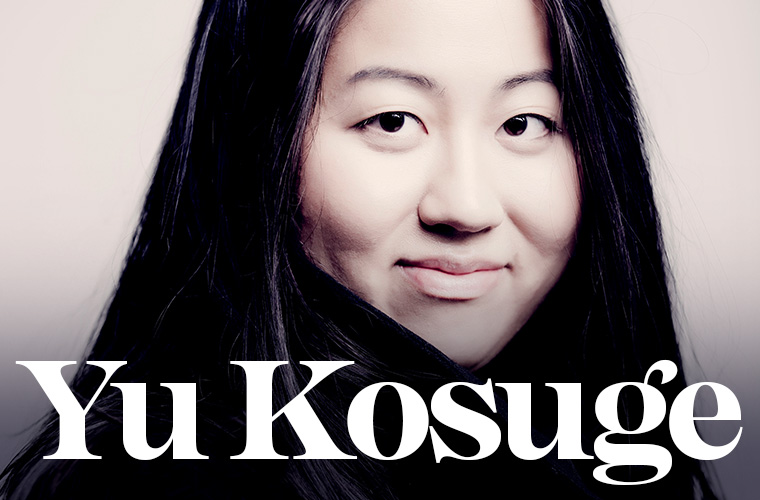 With her superlative technique, sensitivity of touch, and profound understanding of the music she plays, Yu Kosuge continues to develop a distinguished international career as a concert pianist. Yu has been giving recitals and performing with orchestras since early childhood; at the age of nine she made her debut with the Tokyo New City Orchestra. In 1993 she moved to Europe to continue her studies in Hannover and Salzburg and received great support and inspiration from András Schiff.

In September 2009 Sony released Mendelssohn’s Piano Concerto No 1 with the Mito Chamber Orchestra and Seiji Ozawa with a selection from Songs Without Words. Yu Kosuge’s other recordings on Sony include Liszt’s 12 Études d´exécution transcendante, Chopin’s Préludes and Nocturne, and Mozart’s Piano Concertos Nos 20 and 22. In 2015 Yu Kosuge completed recording all 32 Beethoven Sonatas, which were released as a box set in the autumn of 2016. In November 2018 Orchid Classics released ‘Water’, the first CD in her ‘Four Elements’ cycle. The second volume, ‘Fire’, will be released this season.

In March 2017 Yu Kosuge won the Suntory Music Award, presented to individuals or organizations who have made an outstanding contribution to the development of Western music in Japan.

‘It was one of those rare performances where player and music seem one – a definition of virtuosity.’ ~The Observer 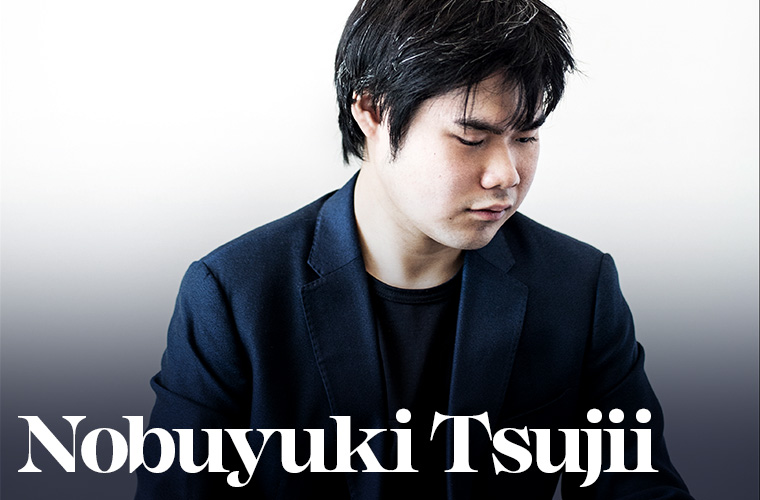 Described by The Observer as the “definition of virtuosity” Japanese pianist Nobuyuki Tsujii (Nobu), who has been blind from birth, won the joint Gold Medal at the Van Cliburn International Piano Competition in 2009 and has gone on to earn an international reputation for the passion and excitement he brings to his live performances.

As a recitalist, Nobu has performed at prestigious venues across the world such as Carnegie Hall’s Stern Auditorium and regularly appears at the Théâtre des Champs Elysées in Paris, Royal Albert Hall in London, Berlin Philharmonie, and Musikverein in Vienna.

In the 2019/20 season, Nobu debuts with Philharmonisches Staatsorchester Hamburg under Kent Nagano, NDR Radiophilharmonie Hannover under Andrew Manze, and Hong Kong Philharmonic Orchestra under Jaap van Zweden. He also returns to play under Vasily Petrenko with Royal Liverpool Philharmonic Orchestra and Oslo Philharmonic Orchestra. Other engagements this season include appearances at Enescu Festival and a number of recitals at the Théâtre des Champs Elysées, Wigmore Hall and Birmingham’s Town Hall. He also makes his debut in the Netherlands, playing a recital at the Riaskoff Series at Amsterdam Concertgebouw.

Last season’s highlights include two sold-out performances at Carnegie Hall’s Stern Auditorium: a concert with the Orpheus Chamber Orchestra and a solo piano recital, concerts with the Iceland Symphony Orchestra under Vladimir Ashkenazy, and the Mariinsky Theatre Orchestra under Valery Gergiev; as well as performances at the Berlin Philharmonie and London Southbank Centre. Nobu also joined the Orpheus Chamber Orchestra Asia tour to Hong Kong, Taiwan and Japan.

A live DVD recording of Nobu’s 2011 Carnegie Hall recital was named DVD of the Month by Gramophone, as was his latest DVD release, ‘Touching the Sound – The Improbable Journey of Nobuyuki Tsujii’, a documentary film by Peter Rosen.

Nobu’s international tours are supported by All Nippon Airways (ANA) and he gratefully acknowledges their assistance.

‘Shoji isn’t merely a superb technician, she’s a deeply engaging performer. Her richly resonant, spirited sound that is impressive and so, too, is the poetic delicacy of her phrasing.’ ~Gramophone

‘For Bach playing of a higher order, there is only one place to go: the recent album by Víkingur Ólafsson.’ ~The Times 5* 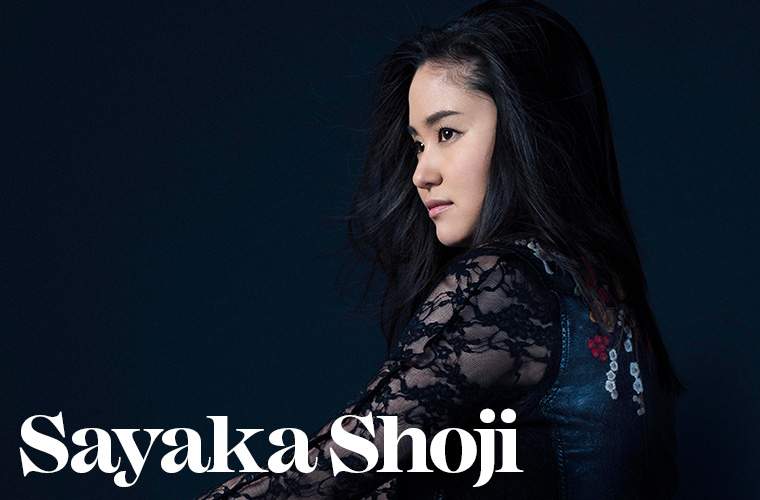 DJapanese violinist, Sayaka Shoji has become internationally recognised for her musicianship, brilliant technique and enduring strength on the concert platform. She has developed an extensive repertoire including masterworks by Prokofiev, Tchaikovsky, Brahms, Sibelius and Shostakovich as well as newly commissioned works.

Highlights of Sayaka’s 2019/20 season include tours with the Philharmonia Orchestra to the UK and Japan under the batons of Vladimir Ashkenazy and Esa Pekka-Salonen respectively. In addition, she will make her debut with The Cleveland Orchestra and give concerts in Belfast with Ulster Orchestra, as well as returning to St Petersburg to perform Tchaikovsky Violin Concerto with the St Petersburg Philharmonic and Yuri Temirkanov for the closing concert of their season.

Continuing her interest in cross-arts projects, Sayaka will collaborate again with Japanese choreographer, Saburo Teshigawara, for performances of a combined music and dance project in Japan featuring works by Stravinsky, Sylvestrov, Hindemith and Pärt, amongst others. Alongside her concert activities, she has created an experimental visual arts project called ‘Synesthesia’ where she transforms music into visual forms of expression. She will give recitals with projection of her video work in Paris in April.

In recital, Sayaka has worked with Gianluca Cascioli, with whom she has recorded the complete Beethoven Sonatas for Piano and Violin. This season, she will give chamber music concerts with Nicholas Angelich and Modigliani Quartet and tour with Vikingur Ólafsson including a date at the Wigmore Hall.

A prolific recording artist, Sayaka has released several albums on Deutsche Grammophon including Sibelius and Beethoven Violin Concertos with the St Petersburg Philharmonic Orchestra conducted by Temirkanov. With Yutaka Sado and the Tonkünstler Orchester she recently released a live disc recorded at the Musikverein, Vienna featuring Bernstein Serenade. Other live recordings include sonatas by Mozart, Schubert and Brahms recorded with Menahem Pressler.

Sayaka was educated in Siena and Cologne and in 1999 she took first prize as the youngest and first Japanese winner of the Paganini Competition. She was awarded the Mainichi Art Award in 2016, one of Japan’s most prestigious awards, presented to those who have had a significant influence on the arts. She plays a Recamier Stradivarius c.1729 kindly loaned to her by Ueno Fine Chemicals Industry Ltd. 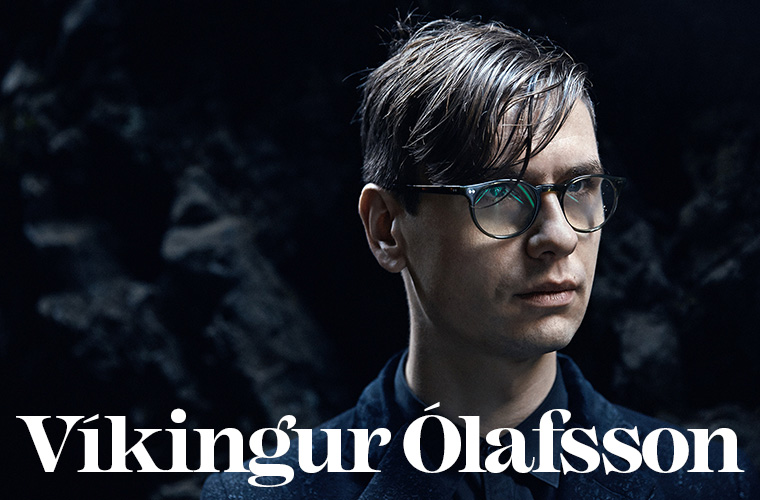 Pianist Víkingur Ólafsson’s remarkable originality and powerful musical conviction have seen him, in just a few years, take the music world by storm to become one of the most sought-after artists of today.

Ólafsson made an unforgettable impact with the release of his two landmark albums, Philip Glass Piano Works and Johann Sebastian Bach on Deutsche Grammophon, for whom he is an exclusive recording artist. Praised for revealing new possibilities within the music, Johann Sebastian Bach – featuring diverse original compositions and transcriptions, including Ólafsson’s own – deeply resonated with audiences and critics around the world. It appeared in multiple best albums of the year lists, was named one of the greatest ever Bach recordings in Gramophone, won the 2019 Opus Klassik Piano Recital Album of the Year award, and won Best Instrumental and overall Album of the Year at the BBC Music Magazine Awards 2019. Ólafsson was named the 2019 Gramophone Artist of the Year and Limelight magazine’s International Artist of the Year 2019.

With a captivating ability to communicate both on and off-stage, Ólafsson’s coming seasons are marked by a series of high-profile international artist residencies at some of the world’s top concert halls. This begins in 2019-20 at the Konzerthaus Berlin with fourteen performances over eleven different projects, playing concertos by Thomas Adès, Schumann, Daníel Bjarnason and Mozart, two solo recitals and chamber programmes with the likes of Martin Fröst and Florian Boesch.

Víkingur Ólafsson has premiered six piano concerti to date, most recently that of Haukur Tómasson, with NDR Elbphilhamonie Orchester and Los Angeles Philharmonic under Esa-Pekka Salonen.

Always pushing boundaries, Ólafsson set up his own record label prior to signing to Deutsche Grammophon, created and presented the Icelandic television series on classical music, Útúrdúr, and is founder and artistic director of the award-winning Reykjavík Midsummer Music. 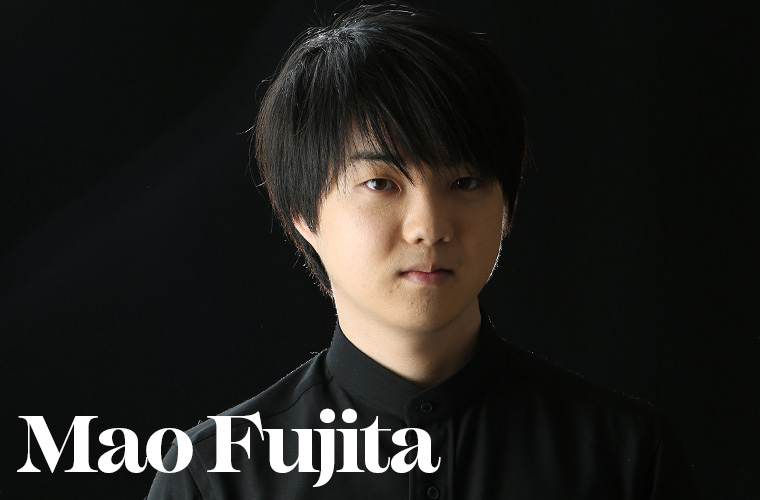 Born in Tokyo in 1998, Mao’s first international acclaim was at age 18 when he won the 27th Concours International De Piano Clara Haskil in Switzerland, also winning three special awards the “Audience Award,” the “Prix Modern Times,” and the “Prix Coup de Coeur”. In June 2019, Mao fascinated Moscow, winning the second prize at the 16th International Tchaikovsky Competition. He was welcomed by ovation at each round and was watched on internet from all around the globe. He appeared to perform the 3rd movement of Tchaikovsky Piano Concerto No.1 with Valery Gergiev at the final Gala in St. Petersburg where a special recognition was made by Maestro Gergiev that Mao was ”the surprising new discovery” of the pianists. He made a worthy London debut, performing Tchaikovsky Piano Concerto with Maestro Gergiev and Mariinsky Orchestra in October 2019. He also performed the same work at his debut in Seoul and fascinated many. This season he is invited to perform in Germany, Moscow, Latvia and Switzerland among many others.

Recordings are released from Naxos.